Just One More Step to See Your Matches

+91 This field is required.

*All fields are mandatory

Volkswagen Taigun is all set to make its global debut in India tomorrow. The upcoming 5-seater SUV is going to be the second model to be based on the VW Group’s MQB AO IN platform. The aforementioned architecture made its debut with Skoda Kushaq. Ahead of the global unveiling, clear images of the production-ready Volkswagen Taigun have surfaced online. The leaked images reveal the top-end GT Line trim of the Taigun. 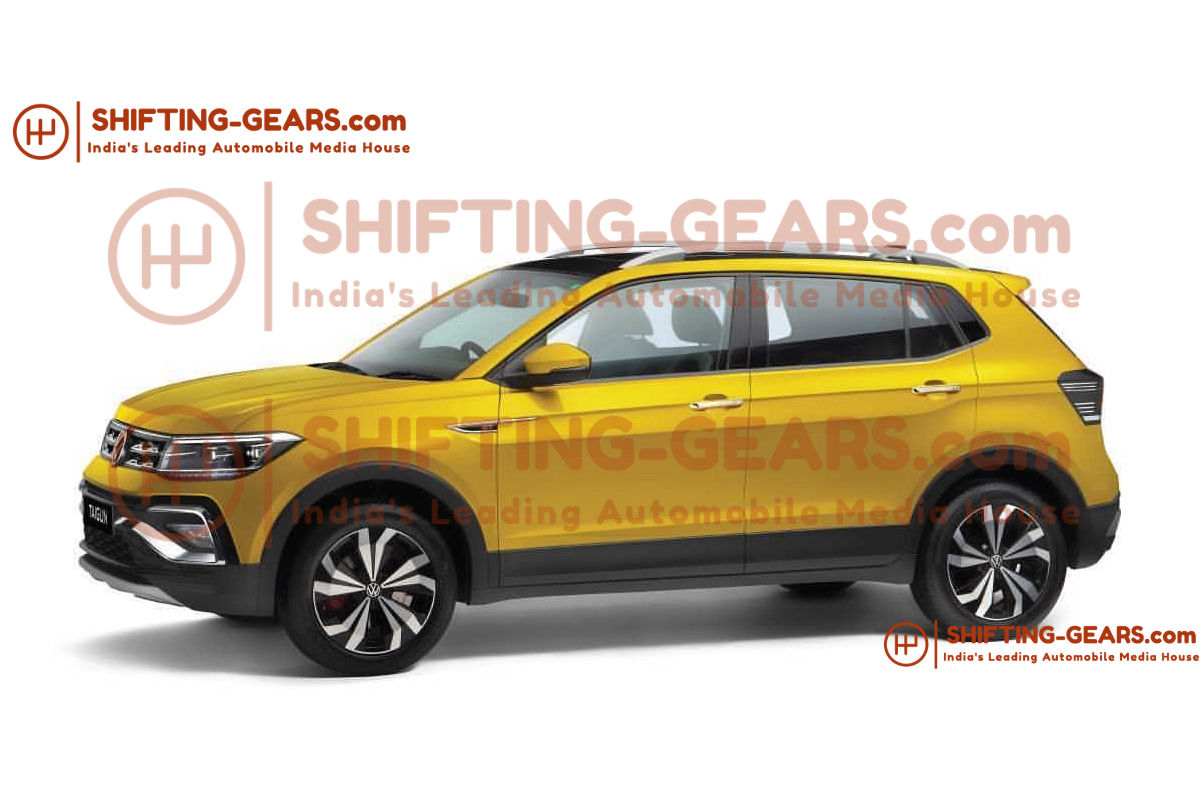 Design-wise, the production-ready Taigun is inspired by global SUVs of the brand like the T-Cross, T-Roc, and Tiguan. From the images, we can see that the 5-seater SUV gets a projector headlamp setup. In addition, we can expect the model to get full-LED illumination and smoked effect for the headlamps. The LED DRLs can be seen positioned on the lower end of the headlamp unit. There were chrome accents on the front grille and the front bumper. The SUV further gets 17-inch dual-tone alloy wheels, a blacked-out B-pillar, chrome door handles, silver roof rails, and a shark-fin antenna. Towards the rear, we could see LED tail-lamps with a connected bar along with LED turn indicators. The rear bumper and rear reflectors also receive some chrome accents. Besides these, the images also revealed ‘Taigun’ lettering on the tailgate.

As of now, no interior images of the Taigun have been revealed. However, the cabin of the upcoming 5-seater SUV will resemble the global-spec T-Cross. It will boast of dual-tone interiors and leatherette seats. As for the features, we can expect it to get a 10.1-inch touchscreen infotainment system compatible with Android Auto and Apple CarPlay, a sunroof, a 10.1-inch digital instrument console, connected car tech and wireless charging system among others. 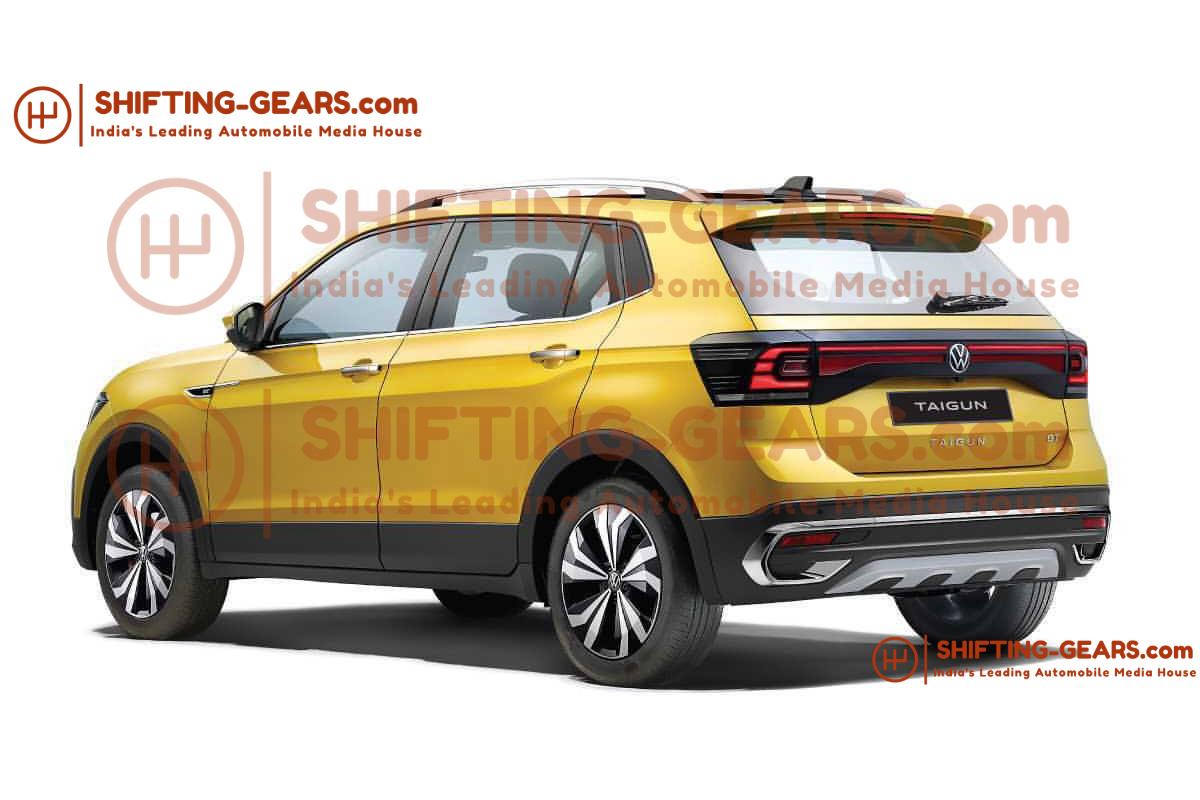 Performance-wise, the SUV will share its engine options with Skoda Kushaq. The entry-level variant of Taigun will get a 1.0-litre 3-cylinder turbocharged petrol unit that churns out 113 bhp power and 175 Nm torque. This motor can be had with a 6-speed manual or a 6-speed torque converter automatic gearbox. There will also be a 1.5-litre 4-cylinder turbo petrol motor that will generate 147 bhp power and 250 Nm peak torque. This particular engine will be linked to a 6-speed manual or a 7-speed dual-clutch automatic gearbox.

It is available in two trims namely Dynamic Line and Performance Line ...

A Computer Science graduate but a writer at heart, Samreen has one motto that she swears by: 'Everything is dull and useless if it has no drama in it.' This motto comes to life through her writing and storytelling style. She is the Senior Lead - Content Writer at Droom Technology currently and has a total experience of 5 years. In the past, she has worked with renowned brands while creating and curating amazing content for these brands. She is an avid traveller and loves a quiet sunset on a mountain top.

Tell Us What You Think

Thank you for subscribing to our Newsletter
You will start receiving the latest updates soon!

Please Enter Your Details below to start

Get Protection From Most Viruses
Using Globally Proven Antimicrobial Technology