Get Protection From Most Viruses
Using Globally Proven Antimicrobial Technology

For Best Vehicle Result in Less than 60 secs.

*All fields are mandatory

Just One More Step to See Your Matches

+91 This field is required.

This bike will go up against Indian&rsquo;s Roadmaster and Honda&rsquo;s Gold Wing.

Yamaha’s latest full-sized cruiser, the Star Venture is, as the company calls it, an 'Intercontinental tourer'. This full-sized cruiser will take on the likes of Honda’s Gold Wing, Indian’s Roadmaster, BMW’s K 1600 GTL and a few Harley-Davidsons.

On the outside
There’s an enormous fairing that dominates the front – it houses quad, full-LED headlamps. There’s a 7.0-inch LCD display that you can control with your hands, through controls on the handlebar or using your own voice. You can toggle through navigation, Bluetooth connectivity, and other functions using the screen. On either side, there are traditional analogue controls, including a speedometer on the left and an analogue rev counter on the right, with the tachometer sitting above an analogue fuel gauge. 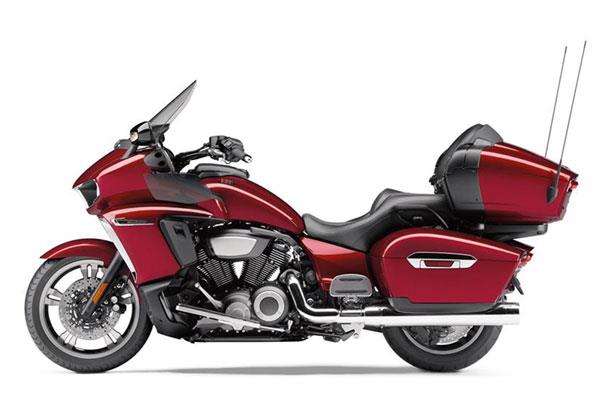 The enormous fairing also houses two large speakers and a stowage space with USB charging for any electronic devices. There’s an electrically adjustable windscreen that offers 3.5-inches of up/down movement. Additional vents in the middle and lower sections of the fairing allow you to adjust airflow. The heated handlebar grips, heated seats and backrests will prove useful on long rides in cold weather conditions.

The large side bags and top case offer a cavernous 141 litres of luggage capacity - the top case is wide enough to fit two full face helmets. Both the luggage cases, as well as the in-fairing stowage space, come with factory-fitted electric locks for added safety. There’s a keyless lock and ignition system as well.

Under the tank
This bike is powered by a 1,854cc V-twin engine that churns out 171Nm of torque. The throttle is electronically controlled and traction control/riding modes are available as standard. The engine sends power to the rear wheel via a six-speed transmission. This bike also comes with a Sure-Park system that uses a small electric motor that you control using the handlebar to move forward or back slowly whilst parking. This feature also makes manoeuvring this 435kg giant on rough surfaces so much easier. 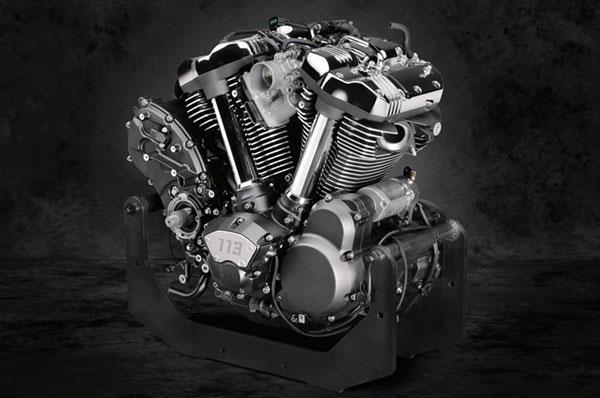 Yamaha claims that it’s 22 percent easier getting this bike off the centre stand as compared with an equivalent rival. There’s a 130/70 section tyre up front on an 18-inch wheel, while the rear gets a fat 200/55 section hoop-wrapped around a 16-inch wheel. This bike comes with ABS as standard and Yamaha's Unified Braking System, which adjusts the front and rear brake force in real time.

What it costs
Yamaha’s Star Venture costs around USD 24,999 (approx. ₹16 lakh) in the USA. For an additional USD 2,000 (approx. ₹1.3 lakh), the bike comes fitted with the Transcontinental package, which includes LED fog lamps, additional stowage compartments for the pillion complete with USB charging ports and an alarmed security system. Reports suggest that the engine on the bike may not meet Euro-IV norms, so it’s unlikely that it will make it to India.

Check On Road Price
View All

Thank you for subscribing to our Newsletter
You will start receiving the latest updates soon!

Triumph launched its new hardcore Scrambler 1200 XC in India at Rs 10.73 lakhs, to give chance to the bike enthusiasts to ride.

The Revolt RV looks like any other modern-day bike in the market. Revolt has chosen not to give it a conventional electric bike looks.

Triumph Motorcycles has its strategy sorted for India&rsquo;s premium motorcycling segment. It is taking a step by step approach and does not mind experimenting with segments.

We take Triumph Tiger 800 xRx for a long ride through trails and twisties of Himachal Pradesh. Know how this 800-cc motorcycle performs in the lap of Himalayas.

The Pleasure Plus gets an entirely new design theme and an uber retro touch that the new headlamp lends. It is an affordable yet chic looking scooter in its segment.

Hero has launched the fully-faired avatar of the Xtreme 200R in the form of Xtreme 200S. We got a chance to ride the same at the Buddh International Circuit and here is what we think about this new bike in the 200-cc club.

The Continental GT 650 is the flagship motorcycle from Royal Enfield.

The Vulcan S is a middle-weight sports cruiser motorcycle from the Japanese manufacturer Kawasaki.

The CBR500R is a middle-weight performance motorcycle from Honda.

The CB1100 RS from Honda is a perfect blend of retro looks and modern technology.

KTM has unveiled the baby duke into the Indian market at Rs. 1.40 lakhs.

Kindly check for OTP in your SPAM folder as well

One More Step to Go!

We have also sent a verification link to your email ID: qabuyer@droom.in
Please verify your email account

Tell Us What You Think

See The Magic of Droom

Please Enter Your Details below to start